It's a strange, strange world we live in, Master Jack. 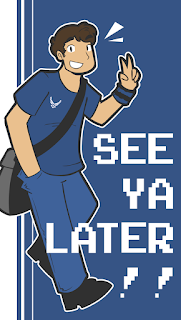 I have enjoyed keeping this little blog going since January of last year, but I find that my academic duties -- a recent promotion, thank you for asking -- and other personal projects now demand more time, leaving me less leisure to maintain this site with appropriate regularity. You probably have noticed that posts have become more and more infrequent. This is not because the world has become any less queer, FSM* knows! [I assume you have been following the political campaign in the US of A.] It reflects instead the reality of my limited time.

I hope the handful of folks who dropped by from time to time have found some amusement here and perhaps some necessary distractions from the queer things in our world that are disturbing and that are covered ad nauseum in the "mainstream" media.

At any rate, Daniel and I were discussing several things lately and have agreed that this is an appropriate time for us both to let go of our blogs.

Thank you for looking in on my queer little world. I hope you find your own to be a delightfully queer place, too.

*FSM refers to the Flying Spaghetti Monster. For more information, see this post.
Posted by Unknown at 6:10 PM 9 comments: 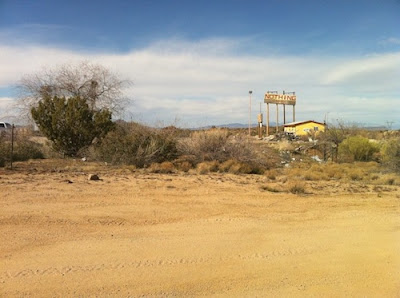 Pictured above is Nothing. Yes, there’s some sand or dirt. And a tree or two and some various shrubs. And yes, there’s a sign there, which technically is “something,” but if you look closely the sign says “Nothing.” Nothing isn’t nowhere. It’s somewhere. It’s actually just 22 miles (36 km) southwest of Bagdad. 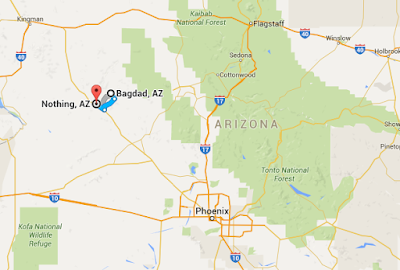 The first thing you’ll notice is that Nothing is in Arizona. (You'll also probably notice that the Bagdad it’s close to is spelled differently than the one in Iraq.) It’s a ghost town -- appropriately, no one lives in Nothing. It was founded in 1977 and while its history is unclear, local legend (per Wikipedia) claims that it was named by “a bunch of drunks” which seems about accurate given the jokey name and the similarly jokey welcome sign (below, larger version here) that used to greet visitors. 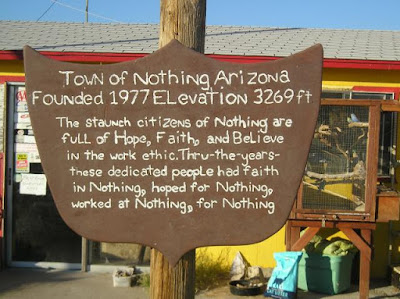 The next thing you’ll note about Nothing is that there is, actually, something in Nothing. Or, there used to be something -- there was once a gas station which, on its sign, advertised “Nothing Towing.” But nothing lasts forever.

The failure of Nothing shouldn’t be all that surprising, as the town’s name accurately describes what is there insofar as infrastructure is concerned. Nothing isn’t connected the region’s power grid. There is no sewer system nor any sort of municipal water, either. (And given that Nothing is surrounded by federally-owned desert, that last part is a big problem.) But despite these difficulties, Nothing isn't quite in the middle of nowhere. It's off of U.S. Route 93, which connects Las Vegas, Nevada to Phoenix, Arizona; if you're making that relatively-reasonable four and a half hour drive, you're going to pass by Nothing. Combined with the natural tourist attraction that the town's name provides, it seems like there’s alway someone who is trying to make something out of Nothing.

But in general, nothing's doing. The most recent attempt came in 2009, when an entrepreneur restaurateur named Mike Jensen bought the town -- all six acres of it -- and tried to establish a wind and propane-powered pizza joint. (The pizza place should have used the slogan “you’ve tried pizza with nothing on it, now try Nothing with pizza on it!” but alas, I wasn’t consulted.) Unfortunately, Jensen’s plans failed; he estimated that he had to make about $500 a day in Nothing in order to keep the business afloat, but he made closer to nothing.

Today, Nothing is a barren wasteland of dilapidated buildings and, well, nothing else.

Source: The ever-entertaining (and not necessarily queer) Now I Know
Posted by Unknown at 6:34 AM 3 comments: 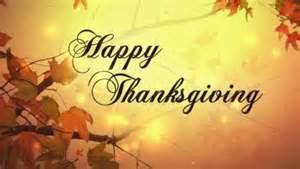 Posted by Unknown at 2:20 PM No comments:

You wouldn’t know it, because it’s hiding down there at the bottom of the periodic table of elements, but it’s a prank—something a five-year-old might do—and the guy who did it was one of the greatest chemists in America. It’s pure silliness, staring right at you, right where you see the circle, at element 94.

“Pu” stands for plutonium, the element named for Pluto, back in 1941 the newest, teeniest planet in the solar system. The American chemist Glenn Seaborg came up with this name after his colleagues found neptunium (element 93) the year before. He and his team at Berkeley had a cyclotron that smashed particles together and so they had an incredible run of discoveries: americium (95), curium (96), berkelium (97), californium (98), einsteinium (99), fermium (100), mendelevium (101), nobelium (102), and finally (and he’s the only guy who got his name on an element while still alive), seaborgium (106). 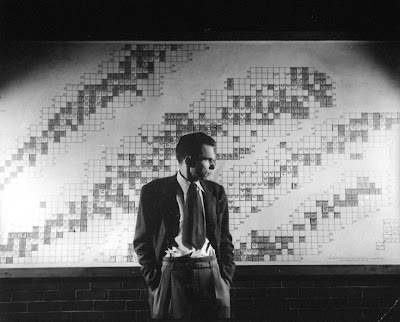 
When Plutonium was discovered America was about to go to war. In 1942, Seaborg moved to Chicago to join the top secret U.S. effort to build an atomic bomb and helped produce a miniscule amount of plutonium fluoride (about a millionth of a gram). His team found that an isotope of plutonium, Pu-239, could be split, releasing an enormous amount of destructive energy. The Fat Man bomb, dropped on Nagasaki in 1945, had a plutonium core.

The scientists who worked on the A-bomb were not allowed to call element 94 “plutonium.” Every ingredient in the bomb was top secret, so they gave it a false cover; they called it “copper.” When they had to use actual copper in some of their experiments, they called that “honest-to-God copper.” Only when the war ended was Seaborg allowed to publish his discovery, and that’s when plutonium became an official element.

Discoverers can not only name their elements, they can also choose the abbreviated symbol that goes onto the periodic table alongside the atomic number. It has to be very short, usually two letters.

There’s a naming committee that reviews and blesses the abbreviations, and so, Glenn Seaborg was free to choose.

He—nobody else—chose Pu. But why? Two colleagues, writing in Los Alamos Science, a journal published by the famous science lab, say he told them it was a crazy impulse. “The obvious choice for the symbol would have been Pl,” wrote chemists David Clark and David Hobart in 2000, “but facetiously, Seaborg suggested Pu, like the words a child would exclaim, Pee-yoo!” when smelling something bad.”

It wasn’t an antinuke idea (though Seaborg opposed dropping an atomic bomb on Nagasaki and signed a letter saying so to President Truman). It wasn’t a comment on plutonium’s destructive power. It was just a prank.

What did the naming committee say when Seaborg handed in his abbreviation?

“Seaborg thought that he would receive a great deal of flak over that suggestion,” Clark and Hobart wrote. One imagines the members weren’t exactly a wild and crazy bunch, and yet, for reasons we will never know, “the naming committee accepted the symbol without a word.”

And there it remains. So any time you like, you can look at one of humanity’s greatest intellectual creations, posted in classrooms all over the world, a table that organizes all the stuff of the cosmos into a coherent map, and smack dab at the bottom, somebody’s whispering, “pee-you!”

Although I never mention it myself, I was once a seminarian. So I am often embarrassed when I see some of the things that religious folks say. But clerical folly is not a new thing. Witness this item from the Sangamo Journal/ Illinois State Journal from March 20, 1849:

I might add that I am also embarrassed by the deafening silence coming from American religious leaders when they should speak up. There's a lot of that going around at the moment. 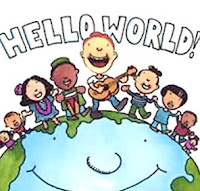 Every year, November 21 is World Hello Day. The objective is to say hello to at least ten people on the day. The message is for world leaders to use communication rather than force to settle conflicts.

Any person can participate in World Hello Day simply by greeting ten people or more. This demonstrates the importance of personal communication for preserving peace. People around the world use the occasion of World Hello Day as an opportunity to express their concern for world peace. Beginning with a simple greeting on World Hello Day, their activities send a message to leaders, encouraging them to use communication rather than force to settle conflicts.

In its first year, World Hello Day gained the support of 15 countries. As a global event World Hello Day joins local participation in a global expression of peace.
A number of Nobel Peace Prize winners have noted World Hello Day's value as an instrument for preserving peace and as an occasion that makes it possible for anyone in the world to contribute to the process of creating peace. Among other supporters include almost 100 authors, entertainers, and world leaders.

This year marks the 42nd anniversary or World Hello Day.

Damien’s note: And yet it seems that we still prefer force to communication to settle conflicts. 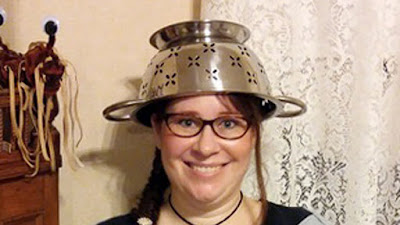 A Massachusetts agency is letting a woman who belongs to the Church of the Flying Spaghetti Monster wear a colander on her head in her driver's license photo after she cited her religious beliefs.


Lowell resident Lindsay Miller said Friday that she "absolutely loves the history and the story" of Pastafarians, whose website says has existed in secrecy for hundreds of years and entered the mainstream in 2005.

Miller says wearing the spaghetti strainer allows her to express her beliefs, like other religions are allowed to do.

A spokesman for the Massachusetts Registry of Motor Vehicles says policy does not permit head coverings or hats on license photos, but exceptions are made for religious reasons.

The Flying Spaghetti Monster (FSM) is the deity of the Church of the Flying Spaghetti Monster or Pastafarianism (a portmanteau of pasta and Rastafarian), a social movement that promotes a light-hearted view of religion and opposes the teaching of intelligent design and creationism in public schools. Although adherents describe Pastafarianism as a genuine religion, it is generally seen by the media as a parody religion.

Damien's note: When I told Daniel about this story, he told me that he considers most religions to be parodies and therefore "parody religion" is a redundancy.

Once upon a time in a galaxy far, far away 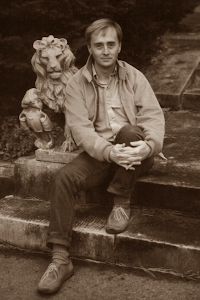 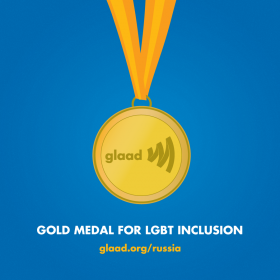 To steal ideas from one person is plagiarism; to steal from many is research.